Using this tool you can measure the angles between objects around you: mountains, towers, corners, people ... Simply orient your phone with the central white arrow pointing to the first object: near the bottom of the screen the angle is shown with respect to the magnetic North. Touch the Save button the store that value in the first available slot on the left side of the screen. Then rotate your phone in another direction, always pointing objects with the white central arrow; a new angle value is shown. Again touch the Save button to store it in a new slot; the difference with the previous angle is automatically calculated, and shown on the corresponding slot on the right side. Clockwise rotations are computed as positive, while counterclockwise are negative. Up to seven values and related differences can be measured and shown. Touch the Reset button to clear all the stored value and restart for a new set of measurements. 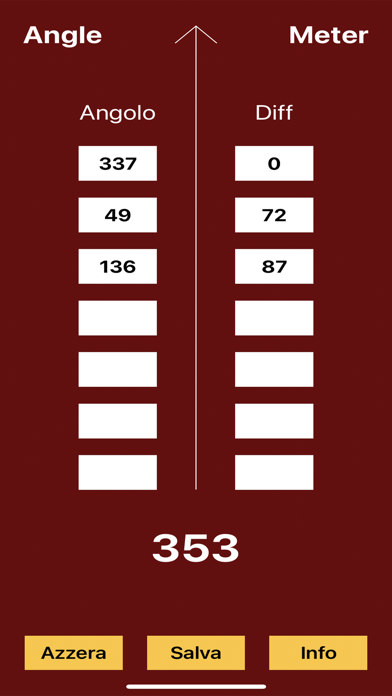